Darrow is a Red, a member of the lowest caste in the color-coded society of the future. Like his fellow Reds, he works all day, believing that he and his people are making the surface of Mars livable for future generations.

Yet he spends his life willingly, knowing that his blood and sweat will one day result in a better world for his children.

But Darrow and his kind have been betrayed. Soon he discovers that humanity already reached the surface generations ago. Vast cities and sprawling parks spread across the planet. Darrow—and Reds like him—are nothing more than slaves to a decadent ruling class.

Inspired by a longing for justice, and driven by the memory of lost love, Darrow sacrifices everything to infiltrate the legendary Institute, a proving ground for the dominant Gold caste, where the next generation of humanity’s overlords struggle for power. He will be forced to compete for his life and the very future of civilization against the best and most brutal of Society’s ruling class. There, he will stop at nothing to bring down his enemies… even if it means he has to become one of them to do so.

I started reading Red Rising with high hopes, so sure that this is going to be one of the best books I’ll read this year. But just like many other hyped books, it failed to reach my expectations. It is in no way a bad book, in fact, I actually liked it, but it just wasn’t as amazing as I thought it was going to be.

To be honest, it was a bit of a struggle for me to really get into the story and I had to put it down several times before I could continue reading. In the book’s defense, I was still getting over a major reading slump, so maybe it was partially my fault. But I couldn’t help but feel very detached from the story. There was a lot of terms and phrases used from the very beginning and I found it a bit confusing trying to figure out what they mean. It took a while for me to fall into the rhythm and get used to the language used in the story.

There were a few things in the first few chapters that made me predict what would happen next (I was right for the most part) and basically, the first half of the book failed to impress me and I figured the rest of it would be the same. So I was pleasantly surprised when the second half of the story, especially towards the end, did not go where I thought it would go. It was definitely a more enjoyable reading experience once I made it through the halfway mark.

I think what bothered me most is that I found a lot of things not so convincing? Darrow is a Red who went through a transformation to be a Gold. He’s changing from someone who is literally at the very bottom of society (they live in underground mines on Mars) to someone who is at the very top. I believe the entire Chapter 12 is all about the procedures he had to go through to be a Gold and I just didn’t really buy it. I understand that he had to have his bones restructured, synapses formed etc. etc. and that it was painful, but I don’t know… Everything felt so convenient. He needs to learn all these things that other Golds know? Easy, just download everything into his brain while he’s asleep by drinking a potion, “I wake knowing three thousand years of literature, legal code and history.”  And it’s not just that, even before he transformed into a Gold, Darrow was already so good at everything. I’m not saying that’s a bad thing but it just feels too convenient.

I guess it’s obvious that I’m not Darrow’s biggest fan. I thought he was arrogant and too sure of himself. But after reading the acknowledgment page I think I understand why Darrow is the way he is 😉 . I think it was mentioned somewhere in the book that Darrow is a sheep among wolves or something like that, but it didn’t feel like that to me. I never felt that Darrow was a Red trying to fit in among the Golds, it was like he’d been a Gold the whole time. Maybe I read it wrong? Towards the end, there was a part where Darrow simply thought “I am right. He is wrong” and maybe in that situation he really was right, but I’ve been around many people who always think they’re right and others are wrong that it just rubs me the wrong way. I guess this one is personal haha 🙂

The other characters are great, though. I know a lot of people really like Sevro and don’t get me wrong, I love Sevro, too. But I have to say that Pax is probably my favorite. It just made me laugh every time I saw his name in capital letters because I could just picture him screaming as he marched into battle. I really do think the other characters were very interesting and I wished to see more of them.

I really like that the story is set on a terraformed Mars. I think it’s unique and interesting, and since the other planets have also been inhabited, it makes the world so much bigger and I am curious to find out what else is out there. However, I wanted to know more about the society that I’ve been exposed to. The message about the inequality between the different colors and the differences in social classes is very clear and I enjoyed reading about it, but I also wanted to know more about each of them. I want to know how the different colors were formed and why some of them have different physical modifications. I feel like other than the very basic information, I didn’t really know anything about the other classes.

Despite all the complaining I did, I actually liked the book as a whole. I think it has many great, fleshed out characters that show a lot of heart, and even though I don’t like Darrow very much, I still think that his story is a great read and carries an important message. While I wasn’t blown away by Red Rising, I would definitely continue reading this series.

“Man cannot be freed by the same injustice that enslaved it.”
― Pierce Brown, Red Rising 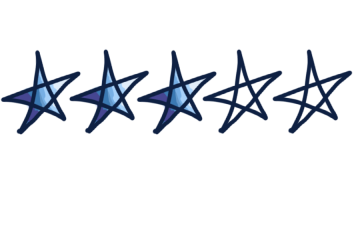