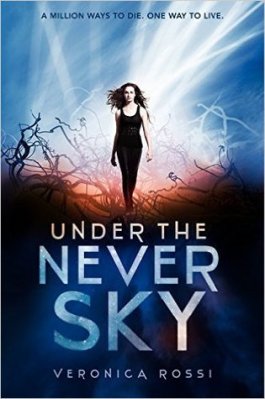 Since she’d been on the outside, she’d survived an Aether storm, she’d had a knife held to her throat, and she’d seen men murdered.

Exiled from her home, the enclosed city of Reverie, Aria knows her chances of surviving in the outer wasteland — known as The Death Shop — are slim. If the cannibals don’t get her, the violent energy storms will. Then Aria meets an Outsider named Perry. He’s wild — a savage — and her only hope of staying alive.

A hunter for his tribe in a merciless landscape, Perry views Aria as sheltered and fragile—everything he would expect from a Dweller. But he needs Aria’s help too; she alone holds the key to his redemption. Opposites in nearly every way, Aria and Perry must come together to survive. Their unlikely alliance forges a bond that will determine the fate of all who live under the never sky.

Under the Never Sky is one of those books that I enjoy re-reading every once in a while, and this time, I buddy read it with my sisters. Long story short, they loved it and obviously, I do, too!

In a world ravaged by aether storms, society is divided into 2 groups; the Dwellers and the Outsiders. After an unfortunate incident, Aria, a Dweller and Perry, and Outsider are thrown together on a mission to find Aria’s mother and Perry’s nephew. While it sounds like many other dystopian/post-apocalyptic novels, I think that Under the Never Sky tells the story of unlikely friendship in a unique and realistic way.

I’ve always said that the best books are the ones with great characters, and let me tell you, I love the characters in this book. Perry and Aria are both great characters, and they’re unique in their own ways which makes reading the dual POVs very entertaining. Perry has a direct way of thinking and a no nonsense attitude that made me laugh out loud several times. And it really contradicts Aria’s inquisitive nature and endless questions, so they’re a very odd pair. That’s why I really love the romance between the two of them. It’s not the insta-love we all hate in YA novels, but it starts out with a shaky partnership that evolved into a great friendship and eventually turns into love.

Of course, I cannot get through this review without mentioning Roar. Just like Kenji from Shatter Me, Roar is my favorite. He’s a lovable character and just adds more fun to the story. His relationship with Perry is the kind of brotherhood that Perry doesn’t have with his own brother and I loved reading about it. Another interesting addition to the group is Cinder, a prickly kid with practically no manners 😛 . Cinder adds mystery to the story and foreshadows bigger things to come in the rest of the series.

I enjoyed following their journey through both Perry and Aria’s perspective and seeing the different ways they view the world and each other. There isn’t a lot of action in this book, but it doesn’t get boring at all and the action packed scenes are very exciting and fun to read. I do think that the world building could use some work. There are several things that aren’t explained very well, like where the Aether came from, the Unity and things like that, but it didn’t make the reading experience less enjoyable.

Despite the uncomplicated story line, I did have many discussions with my sisters about the issues and themes in Under the Never Sky. Like the differences between the two groups, how the Dwellers are so dependent on technology and the Outsiders are struggling to survive through the endless storms and scarce food and the other thousand ways to die. I love it when you can draw parallels between stories and real life because it makes the story more relevant.

So in the end, Under the Never Sky is a quick, enjoyable read with an interesting storyline, great characters and as a bonus, it’s one of the books I read to get out of a reading slump. This series is definitely one of my favorites and I don’t see that changing anytime soon 🙂

“She’d survived the outside. She’d survived the Aether and cannibals and wolves. She knew how to love now, and how to let go. Whatever came next, she would survive it, too”
― Veronica Rossi, Under the Never Sky 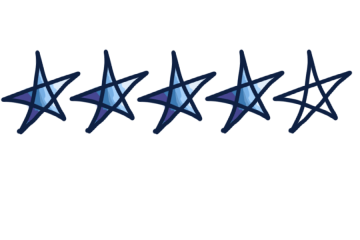 2 thoughts on “Under the Never Sky by Veronica Rossi”